Medusa Tattoo on Back for Girl 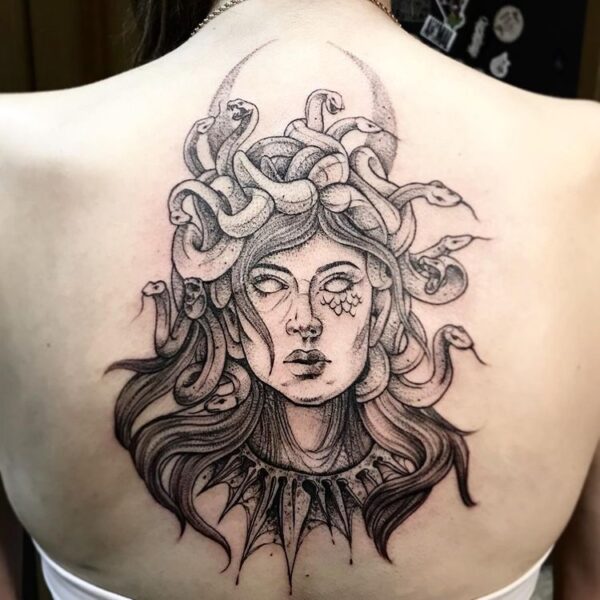 Lower Back Tattoo Ideas For Girls 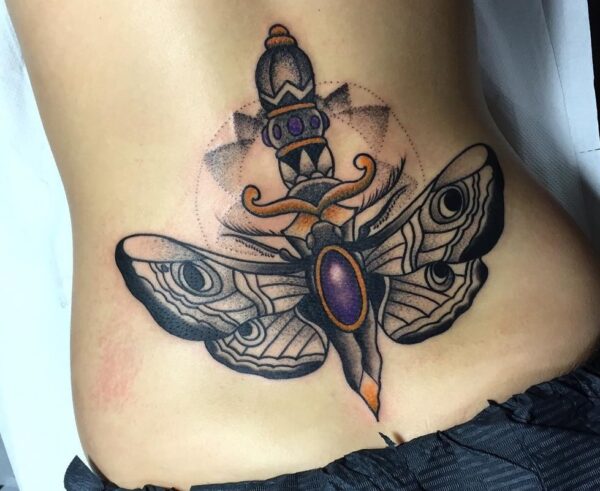 In women tattoo designs the one most hottest and sexy feminine tattoo place is Lower back area. Lower back tattoos for girls are getting popular tattoo but the tattoo get more attractive and perfect when place in a right way… END_OF_DOCUMENT_TOKEN_TO_BE_REPLACED

Star Tattoos For Girls On Back 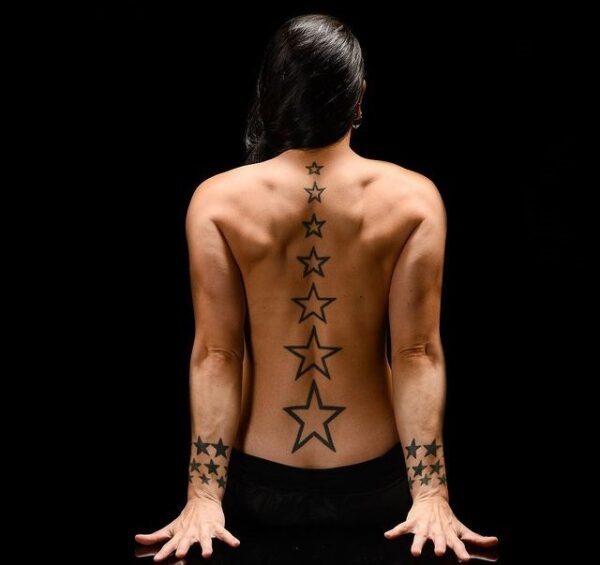 Lots of Tattoo designs trend is getting popular among tattoo world. We have variety of tattoo designs for both men and women. In women tattoo designs we have many popular trendy designs which are flower tattoos and heart tattoos. And… END_OF_DOCUMENT_TOKEN_TO_BE_REPLACED

It was in the early 1990’s that the rage of back tattoos reached its peak. People, especially women, came out from all portions of the world and from all sections of society to get marked with this latest craze. It is believed that back tattoos emphasize the curvatures of the female body, thereby enhancing her sexuality. A decade since then has passed, but the enthusiasm associated with back tattoos still goes strong. As the name suggests, back tattoos are essentially carved on the back area of the human body. They might either be on the upper back or on the lower back or even on the neck! With time, back tattoos have begun to be carved in numerous designs and shapes. Images of flowers, stars, and vines have in fact gained the most popularity in this regard.

However, with back tattoos, you can just have any kind of design that you crave for! Ranging from animal images like foxes and wolves to the images of butterflies and birds- human back has ample room to support all sorts of tattoos, giving them a strikingly vivacious look. Depending upon their location on the back, back tattoos can further be classified into four zones.

The first zone represents the lower back tattoos. Commonly nicknamed as tramp stamps or bumper stickers, these tattoos have an oblong shape which follows the slope above the hip area and on both sides of the spinal cord. Being wide in area, it is in the lower back that tattoos gain full bloom. The second zone is the Upper back tattoos. This portion symbolizes a perfect blend of style and privacy. The tattoos carved here generally have tribal designs. More so, men prefer to have Japanese or Celtic dragons while women have a clear preference for angel wings in their upper back areas.

The third zone is a representation of the lower back tribal tattoos. Incorporating tribal symbols as a back tattoo can prove to be immensely invigorating. The most common tribal designs for back tattoos include winged creatures, monsters, dragons, angels or unicorns. The final zone talks of the neck tattoos. Considered to be the most

popular amongst back tattoos with more than 20 to 30 percent of the world’s population accounting for it, these tattoos are extremely prominent which vary with the size and shape of the neck.

However, what needs to be given due consideration in this context is the health risks associated with back tattoos. Many people have reported back allergies and infections which have been caused due to the unsafe act of tattooing. In a similar manner, a number of people prefer to have tremendously intricate patterns and designs inserted as a back tattoo which ultimately results in their contracting diseases like tetanus and tuberculosis. What is needed here is due precaution and care and it is only then that the marvel of back tattoos can truly capture your essence- giving you the right mix of beauty and fashion.